Can we please take a moment and thank the internet for bringing us closer to the influencers and personalities that have been awarded honorable awards? How close we are to the people who have marked their presence in a phenomenal way. One such name is Ankur Warikoo.

Who is Ankur Warikoo?

Ankur is an Indian online entrepreneur and one of the country’s top content providers. He is also a bestselling author and an instructor who teaches online. Warikoo enjoys mentoring startups and acting as an angel investor in his leisure time.

So far, over 150,000 pupils have enrolled in his classes.) and as a startup mentor/investor (where he treasures spending time with first-time entrepreneurs desiring he can help them not make the same mistakes he made when he started up)

He’s also a New York Times best-selling novelist. His debut book, “DO EPIC SHIT,” was published in 2021 and quickly rose to the top of the Nielsen bestsellers list in India. It takes a lot for someone to be acknowledged as a successful entrepreneur. Plus, there’s more.

Ankur has a one-million-subscriber YouTube channel where he shares his investing ideas and other light material with his distinct perspective. One of the videos he uploaded was on the 10 finest presents for adolescents.

However, Warikoo has found a list of gifts that he has been giving to his teenage niece and nephew that they loved receiving. The one thing that needs your attention is, the gifts mentioned here are secondary gifts as they are more experience-centric, hence do not miss out on giving them the typical teenage thing they may need.

Ankur shared his personal experience and said that earlier he used to give teenagers just the things he is mentioning and they were not that happy with the gifts. Hence, if you really want to become their favorite do accompany the below mentioned with other gifts too. Let’s get started with the list – Best Gifts For Teenagers.

Warikoo said that gifting a book based on the understanding of money would help the teenager in the longer run. He said that it will build their relationship with money and it is quite important to learn to make and save money at an early age. He further mentioned two books.

Warikoo called this book a classic. He said that it is a book about two kids where one has a rich dad and another has a poor dad, and how they learned through the mistakes of the poor dad.

He said that these books are a must for every teenager as we do not talk about money in Indian families, and these books as a gift will increase their horizons.

Warikoo said that each one of us has goals and desires that we want to achieve. We want a certain amount of money in the account by a certain age, we want to have a particular job or thing by a particular time. However, a big thing we miss is building the habits that will make us achieve those goals.

Then he suggested a book named atomic habit, which he claimed to be “absolutely amazing”. He said that the language of the book is quite simple that a teenager can easily understand and can lay a foundation for a better life.

Warikoo stated gifting a stock as a precious gift. He said that gifting a stock will introduce teenagers to the world of finance and make them feel responsible. He later said that a teenager can not open a Demat account so they can get the stock with their parent’s account. He said that his wife and him, gift stock to their niece and nephew which is operated with Warikoo’s Demat account, but he can transfer it to them including all the value it possesses when they will be eligible for a Demat account of their own.

He called investing in Crypto a longer-run investment. He said that maybe you won’t get returns on Crypto overnight but can definitely count on them if you want to add an asset in the longer run. He said that in today’s time there is no better gift than a Crypto for a teenager and you can choose any platform; Bitcoin, Ethereum, or Solana, with any small amount. But in the long run, this investment will emerge as a big asset.

FamCard Me would be a phenomenal gift to your teenage friend, relative, or sibling as this way they can get exposed to having their own card for the expenses they are making. Through this card, they can shop online and the card would be governed by their parents. Warikoo said, gifting a FamCard Me would be a great gift to a teenager as it will give them freedom and independence, along with being wise with the money.

Warikoo said that, as teenagers are locked inside homes for two years they would jump with excitement when they hear of an experienced camp where they can go hiking, trekking, and many other activities with their friends. He later introduced two platforms; Youreka and Inme where teenagers can join experience camps.

He clarified that these platforms are not his sponsors and he is recommending them out of his experience. He said that one can go for other platforms too, it just needs to check that teenagers would be safe there.

Warikoo said that, if the teenager you know is interested in engineering and mathematics then this programming Bootcamp is a must for them. He said that it will make them feel like a part of something bigger and they will understand how algorithms, databases, and logic works. He said that the majority of the programing boot camps are virtual and usually finish up in three to four months.

Moreover, this boot camp is more about the experience, and this is for making your teenager understand how logic works in day-to-day life. He later said that it is not important if they will become an engineer in future or not but it will just open them up and give them a basic understanding of computers and much more.

In the very next gift recommendation, Warikoo said that in India the majority of hobbies can never get converted into passion or profession because we never give them a chance to grow. However, if you look closely at the pattern of the artists who made it big were exposed to the hobby at a very very very early stage. Hence, if you can be that person in a teenager’s life who pushes them into being something they seem to be passionate about then gifting a hobby camp would be a great idea.

Warikoo said that if you want the teenager to embrace teamwork, and discipline in life then giving them a sports camp, and membership would be a great idea. Here they will not only learn the fundamentals of a sport but will understand the value of community and discipline.

Warikoo said that he didn’t recommend gifts like mobile phones to teenagers but one can definitely give a laptop or an iPad to them, depending on the capacity of your pocket. However, the upside of this gift is, you don’t need a secondary gift with it and it can be whole in itself.

This will give teenagers the first level of independence and they would really enjoy surfing and learning more things. Moreover, if you are scared that teenagers will be exposed to more gaming and porns, you can block the specific sites before gifting them.

In the end, Warikoo said there is one gift that is above all the gifts mentioned above, and that is the gift of your support. During the teenage years, support is something that is required the most hence you can give them a lending ear and tell them that you are here for them.

Here is the take of Ankur Warikoo on what you can gift to your teenage friends and family members. We hope you have now got some idea to make your teenager happy. 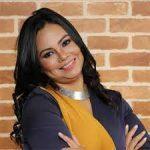 Swati regularly indulges in retail therapy, online. She is an avid traveler. She has a very curious mind and a terrific sense of team and loyalty. She's a constant learner and loves to stay updated in a fast-changing space. 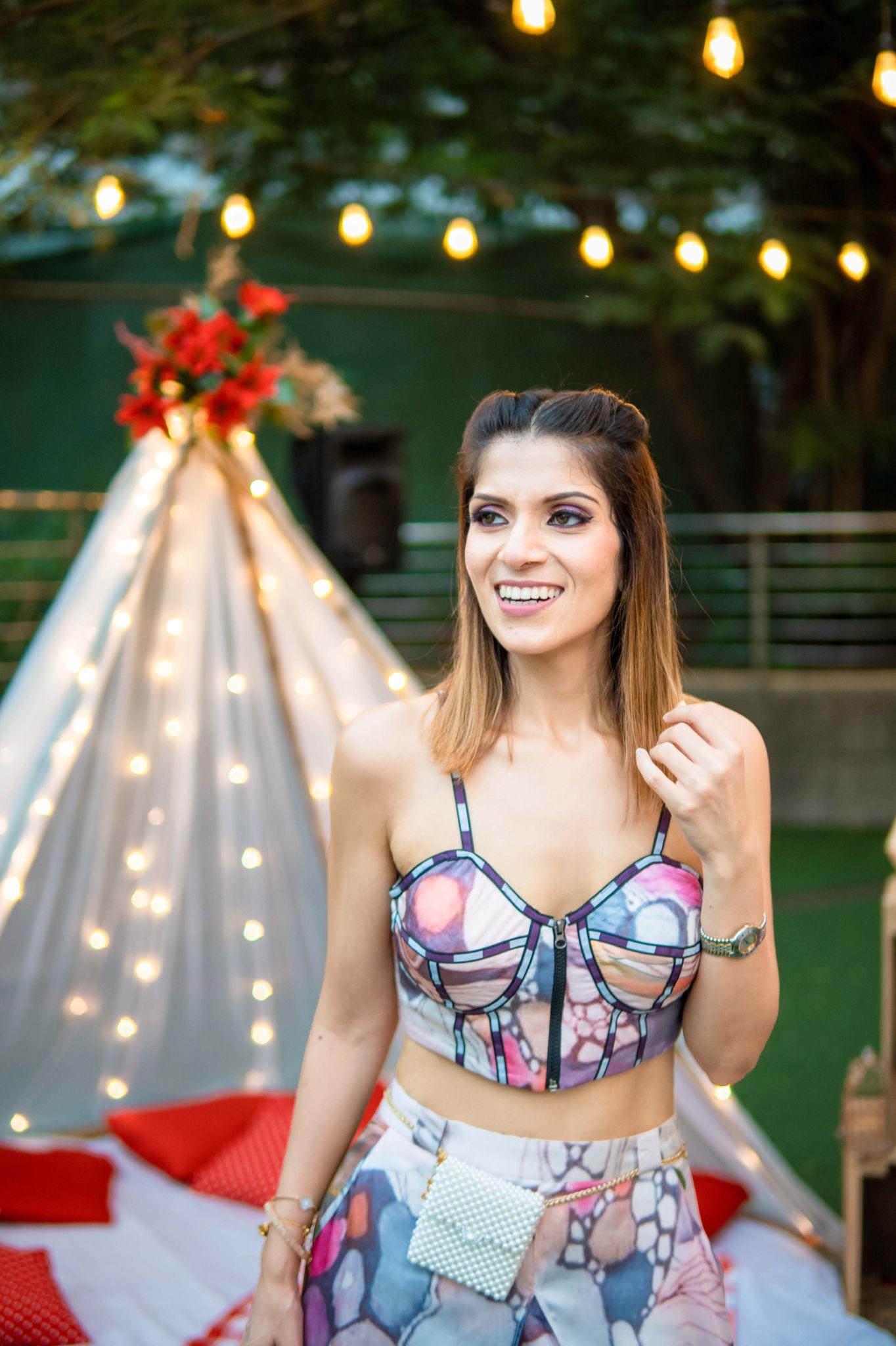 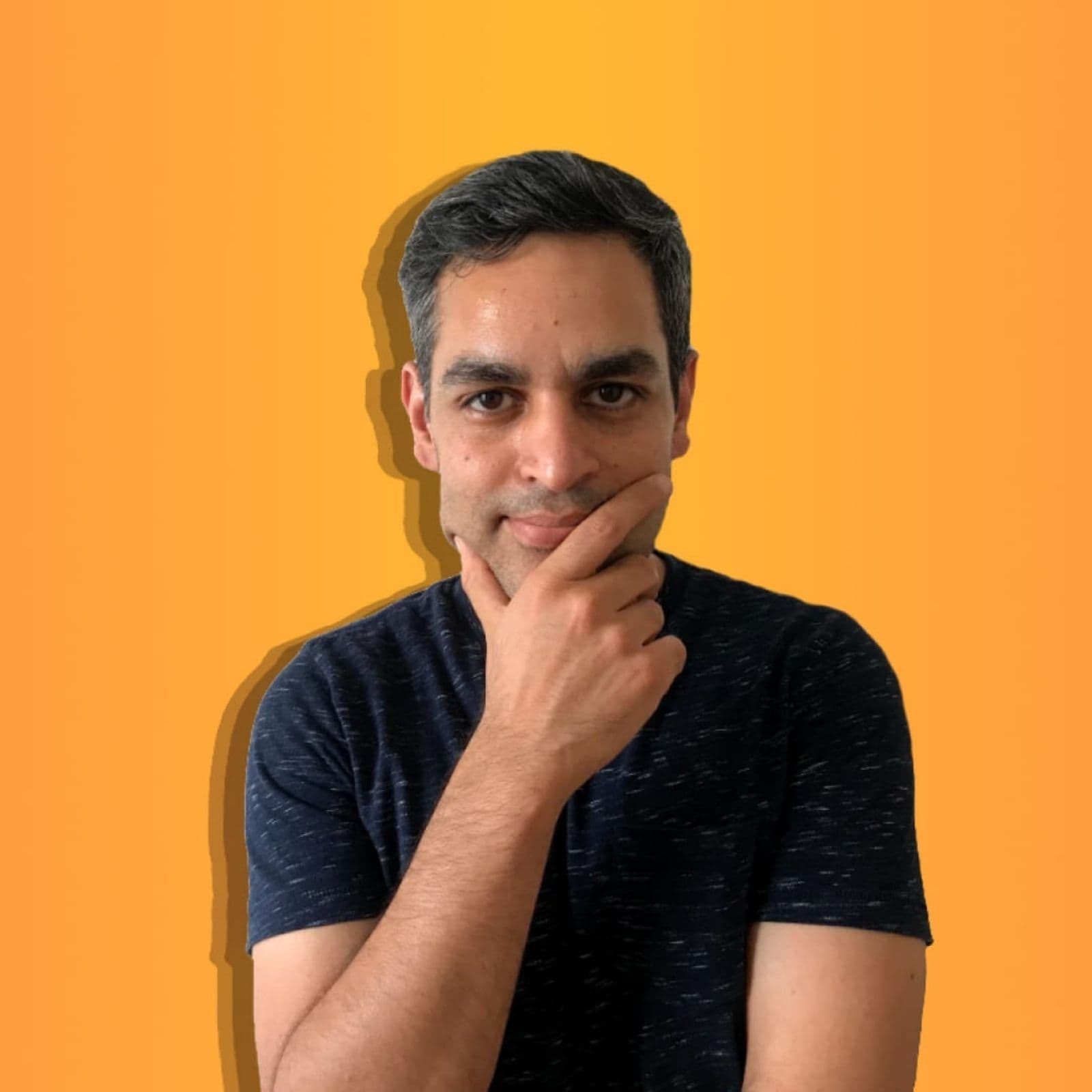 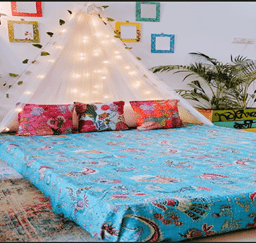 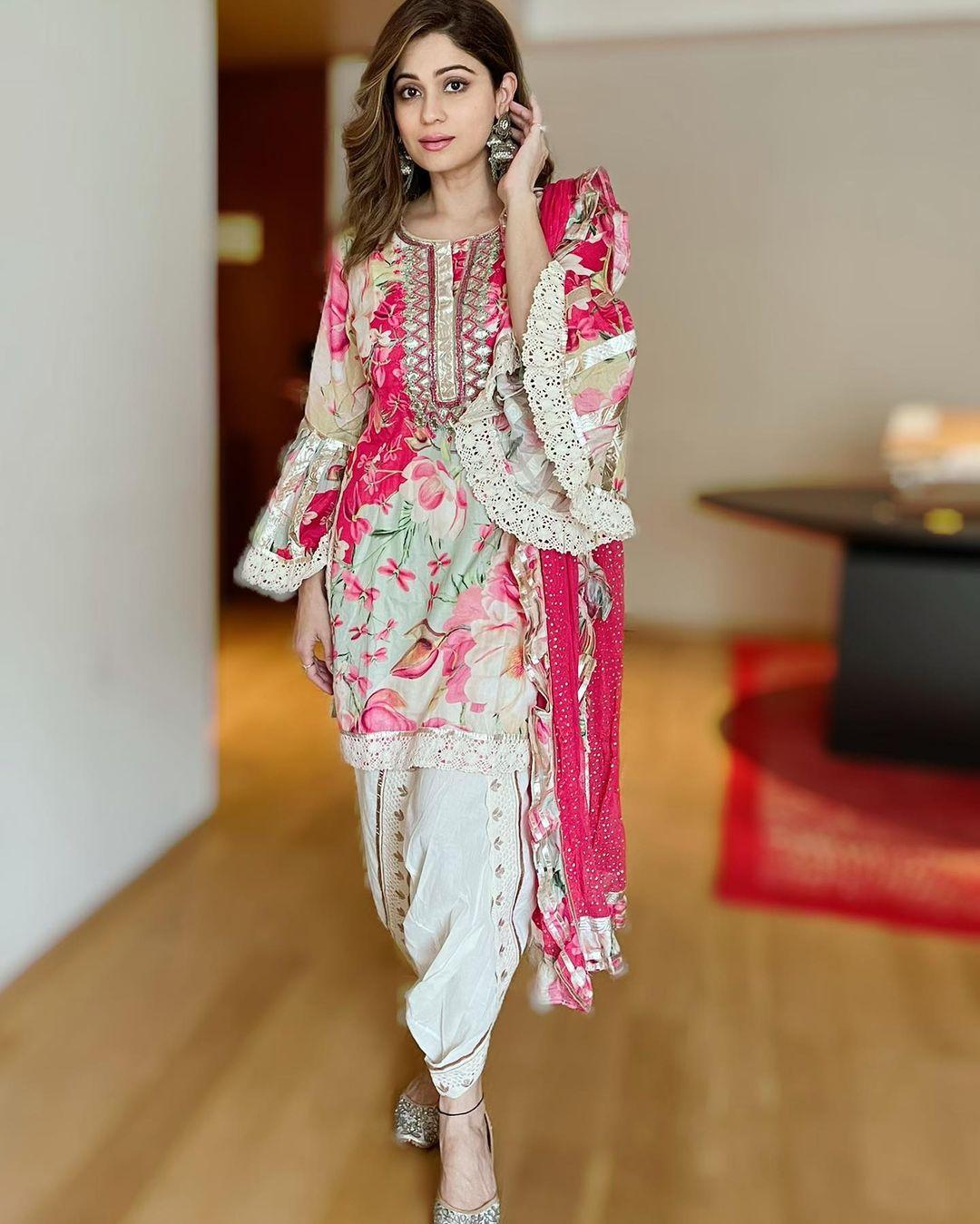 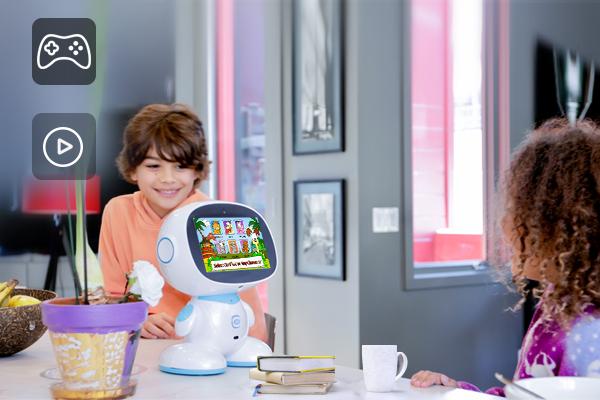 Cool Gadgets On Amazon According To The Unique Gadgets 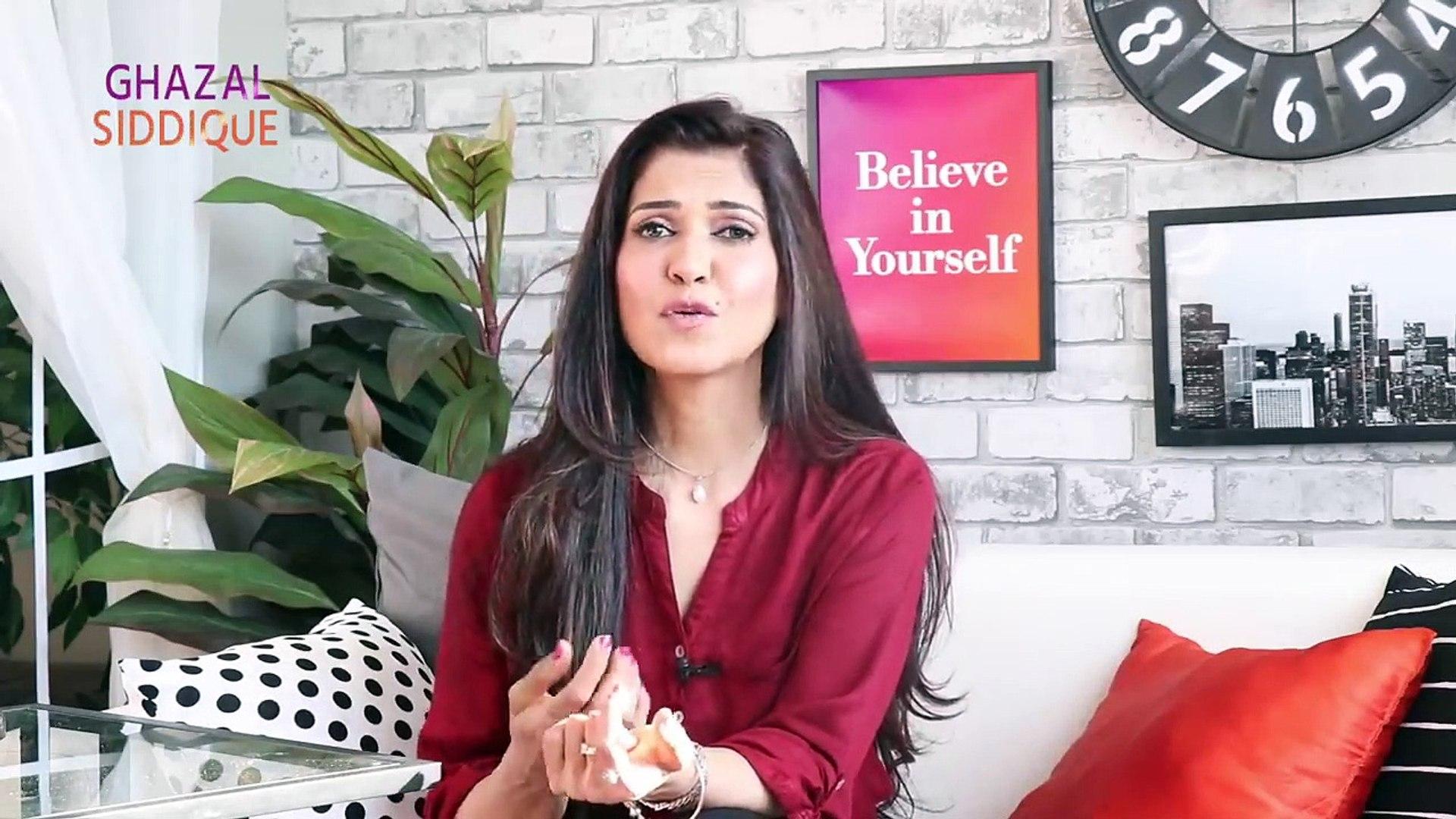